In winter the pond gets kind of aggressive and the land around it gets soggy. This soggy. (Note to self: replace that boardwalk thingie, the fact that it’s too waterlogged to float is Not a Good Sign.)

This is the corner that got walloped by the pine and fir; these pictures were taken a few days previously. Not sure how much will have survived the walloping to make pretty reflections. 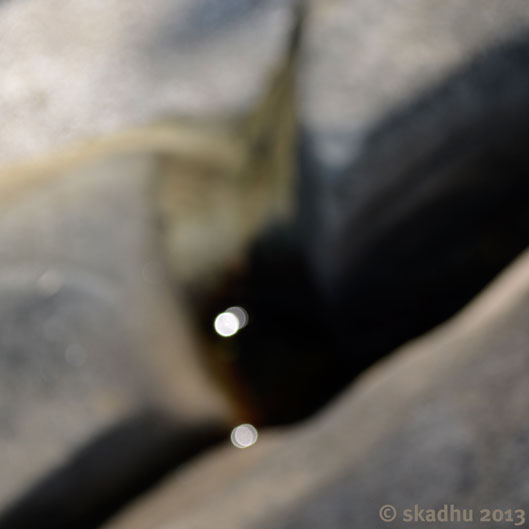 Sometimes out of focus photos just look good. I quite liked this one.

And this is what it looked like in focus… I liked it that way too. 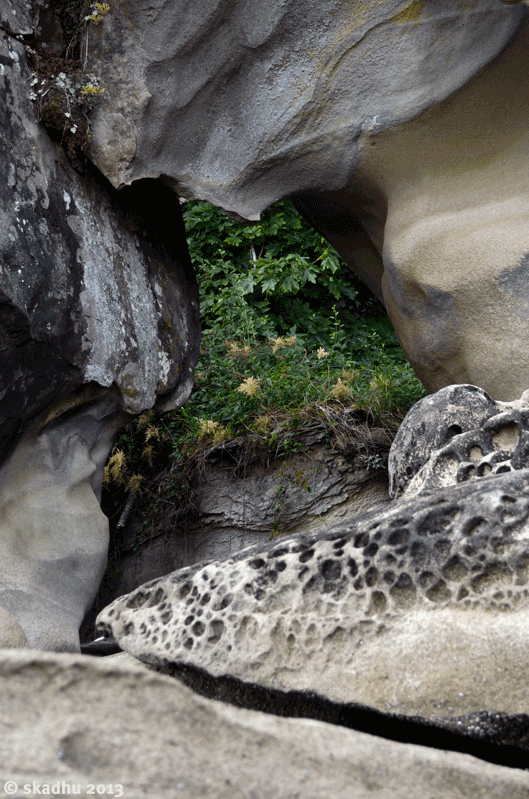 Formed by a convenient assemblage of rocks. 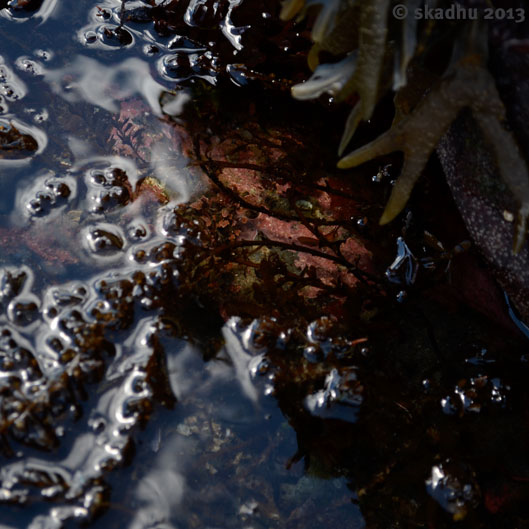 At very low tides on rocky beaches I sometimes see a pinkish crusty… something… on the rocks. Maybe some kind of hydrocoral? I’m not great on species that generally require a wetsuit and scuba gear to examine closely.

Anyway, this rock caught a bit of sunlight and glowed pinkly under the weed in a tide pool. The sun went behind a cloud the instant I uncapped my camera, of course, but a bit of the pink glow was still there. 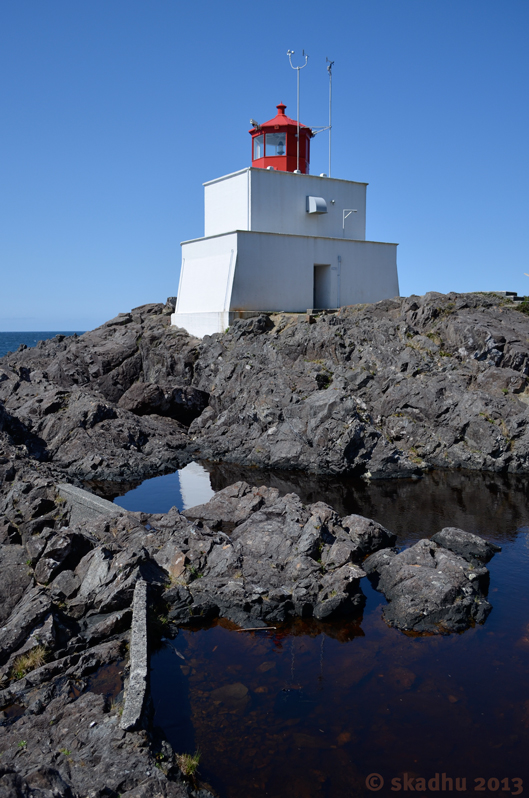 This is the last set of pictures from the trip to the west coast of Vancouver Island—the odds and ends. This first one is the lighthouse at Amphitrite Point—spectacular in a storm, but not too shabby on a sunny day either. (I just discovered there’s a live webcam of this lighthouse, now there’s something to bring up on a story day!)

END_OF_DOCUMENT_TOKEN_TO_BE_REPLACED

So here’s another batch of pictures from my recent mini-vacation. This one was taken on the first day—not so sunny, but very pretty nonetheless.   END_OF_DOCUMENT_TOKEN_TO_BE_REPLACED 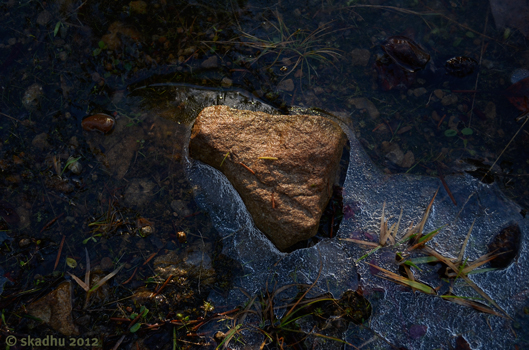 I do like the combination of all of them in winter.

We have a lump of sandstone in our garden—one of the pieces planted by a previous owner—that has a depression in it like a little cup. One day I found a stone that fitted. And that’s where it has stayed.

This somewhat underexposed image, taken on a dark and rainy day, picks up just enough of both, I think.

And a bonus post, because I know I’m going to be out from early till very late tomorrow and won’t get a chance to post anything.

A couple of weeks ago when we had those really low tides I was able to get to a cliff that’s normally not very accessible, and took some photos of the sandstone formations. I was quite taken with the abstract shapes layering against each other.

Here’s the same formation, but shown from further away and a different angle. 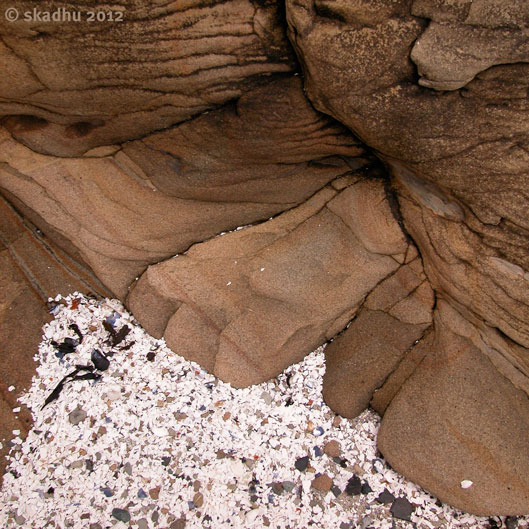 And another one, although from a different part of the island.

UPDATE: I was having technical difficulties when I posted this yesterday from my iPad, and found that I after I put the image in place I wasn’t able to add text. So this is a late addition: Do you see the fish face? It even has teeth!

This is to soothe us after that rather unsettling previous post.

I’m actually more taken by the abstract shapes of the lighter areas than the rock itself.

Canadian World Oceans Day is June 8th, but Gabriola celebrated it yesterday. I thought it made sense to post a photo relating to oceans yesterday in honour of the event and I think I’ll just keep putting up ocean-related images through the 8th. (Why not make it Oceans Week? Oceans Year? Heck, make it Oceans Lifetime. Someone’s got to do it, since the government clearly won’t.)

In any case, today was grey and showery but also had a very, very low tide (0.0), so I headed down to the shore to see what I could see. At a very low tide you can walk way out on reefs and mud/sand flats at Descanso Bay.

In the middle of the uncovered bay, resting on the lower sandstone reef, is an enormous boulder. The bottom is covered in barnacles, and, on the north and east sides, mussels. The top has layers of lichens. The middle is apparently no-man’s land. A nice combination of colours and textures.

(And some rocks just thinking about snuggling.)

Logs that have been tossed up onto beaches are often pretty much the worse for wear—the wood is worn and sometimes gets almost soft where the grain has been broken. But there’s nothing soft about the way big logs get tossed up onto a beach. And that’s particularly obvious when you notice that the force of it embeds rocks into them.

This photo looks to me like an egg in a nest or maybe a rock perched on the crest of a wave—appropriate, when you think about it.